After many decades of uncertainty, now we have the proof that the Great Bustard is indeed breeding in Romania. It took us 13 years of fieldwork and, perhaps, a stroke of luck to receive this undeniable evidence. 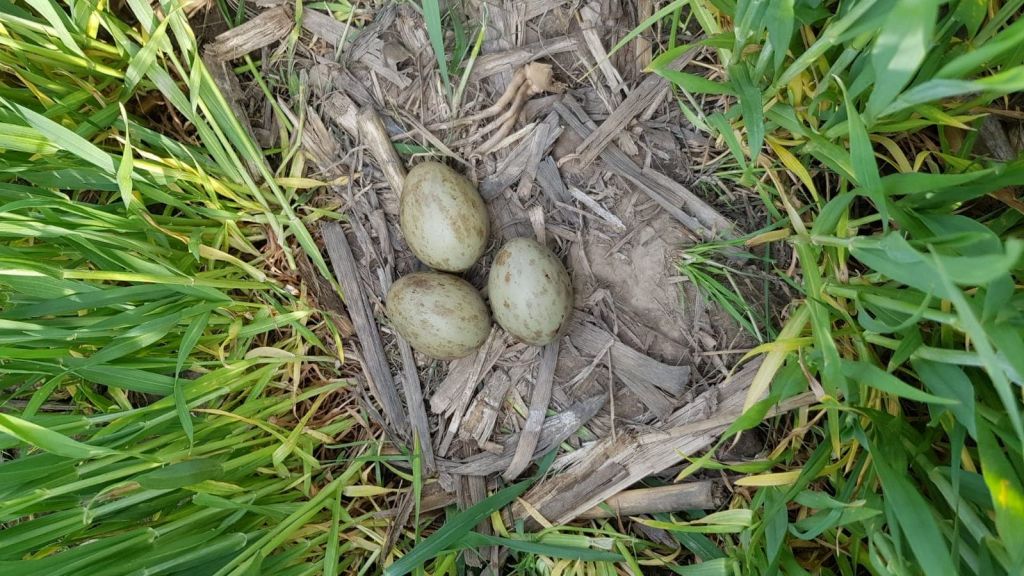 The Great Bustard (Otis tarda) is the heaviest flying bird in Europe. Classified by the IUCN as vulnerable, by the 1950s the species disappeared from most parts of Europe as its once far and wide habitats (the Eurasian steppe) had been fragmented. This also happened in Romania, where, after the nationalisation within the communist era, the grasslands (its natural habitats) were tilled and converted into farmlands. Mechanised agriculture, hunting and poaching also contributed to their decline in numbers.

In the 19th century there were stable populations in Banat, Crișana, the Transylvanian Plateau, the Wallachian Plain, Dobruja and in a few other places in Moldavia. However, according to the official records from 1988, there were only 48 bustards left in the whole country. Therefore, after 1990, the Great Bustard was considered extinct in Romania.

On the other hand, we have all the reasons to believe that in Salonta (Bihor county) they maintained a last stronghold within Romania. As per our field monitoring observations over the last 13 years, there is a small cross-border population of around 40 individuals, which use territories on each part of the border with Hungary, in the area of Salonta-Mezőgyán. Additionally, international research and monitoring has proved that these birds tend to use their traditional display (the courtship ritual of the males) and nesting sites. (Here’s a video showing a male in the display season, filmed in Salonta, Romania)

The photo was sent to us by Ioan Matiu jr., a Veterinary Medicine student, accidentaly found the nest accidentally while doing agricultural work. For us, Milvus Group Association, this photo has historical value. It proves the breeding of a species once considered extinct in Romania and, in the meantime, it emphasizes the importance of the fieldwork, the involvement in nature conservation of the local community and authorities, but also the need for more efficient agri-environmental schemes available for the bustard-friendly farmers.

Presently, we have an ongoing project in partnership with Salonta City Hall and two other partners from Hungary (Town Hall of Békés and Körösök Völgye Natúrpark Association), “Conservation, protection and promotion of the natural values from Salonta-Békéscsaba crossborder area, ROHU-14 – The Nature Corner” financed by the EU through the Interreg V-A Romania-Hungary Program, which, on the Romanian side, has been entirely shaped around the Great Bustard.

The Great Bustard: From a Symbol to a Local Brand

29 young graduate students joined our cause and created various artworks inspired by the Great Bustard.

We recorded the highest number of Great Bustards in Romania over the past decade: 40 individuals in Salonta, Bihor County.

We had 125 pupils enthusiastically engaged, for a whole year, in our contest about the mysterious Great Bustard and the natural world.